I remember the day clearly; it was just a normal day. The sun was shining, the birds were singing. Everything seemed normal, so nothing prepared me for what I was about to be told that day. As I left for work, I cheerily reminded my husband that we had an appointment with the doctor that evening after work. We agreed I’d drive home from work so we’d go together. For me it was a routine visit.

We’d been married two years and had no children yet. I had somehow convinced him to let us get checked, to know what was causing the ‘delay’. He wasn’t very pleased because he felt two years was too soon and still within our plan but we agreed to go ahead with it. And so over the past month I had gone for series of tests, and he’d gone for his. That was the day for us to get the results from the gynecologist.

As we settled into the seats offered to us in his office, there were about 3 other professionals routinely present. They had been part of the past month’s process in one way or the other and were probably required to be present to affirm that what they had documented for the medical director (MD) was true and fair (as they say in my profession). The MD handed my husband the envelope and waited while we read through. It was all Greek to us but we pretended to read it. When we were done, we looked up.

‘Well,’ he started ‘…you are very okay but we found some things wrong with your wife…’
If I were a rabbit, anyone could have seen my ears flip high and firm, instantly. But I wasn’t. I mentally patted my Brier rabbit ears down and tried to focus. He went on to explain that first they saw some lemon sized fibroid in my womb; they also claimed that they saw one blocked tube with a healthy ovary and then the second tube which was open had an ovary with a cyst so conception through that tube wasn’t even possible in their opinion. Then finally they claimed that my hormones were imbalanced.

He announced all this, and then smiled at me in a patronizing manner while waiting for it to sink in. In his white caftan he somehow reminded me of the figure meant to be God in ‘Evan Almighty.’ Normally this thought would make me chuckle, but I wasn’t quite amused.
Sitting behind the desk, he reeled out all this information supposedly about my body all the time smiling. And all I could think was ‘whatever is he smiling about’ It wasn’t funny! Was I meant to smile back? I looked sideways at my husband.

‘So Doctor’ I heard my husband ask, ‘what do you recommend?’
He smiled again; apparently he had been through these motions so many times before, and was patiently waiting for us to get there. He seemed pleased that we got there quickly.
‘Yes… um… we have dealt with several cases like this before. The truth is your wife can’t conceive naturally. There are just so many militating factors. First the fibroid, then the other issues I’ve listed…’
‘So….?’
‘Yes, yes it’s very easy. I’ve handled cases like this before.’
Mentally again, I groaned. “…Don’t say that one more time already…”
‘I recommend that your wife comes in for a fibroid surgery before the end of this month (this was April 2011) and then we would ‘prepare her’ for June when she can join the batch of patients requiring an IVF.
All this time my husband patted my knee under the table. His cue for me to keep calm.
Hmmmmm, I wasn’t just calm at this point, I was plain numb. I wasn’t feeling a thing.

This voice that certainly wasn’t mine, tried to get my attention in my mind, ‘So much for waiting for sex with your husband. So much for no soiled sheets till the wedding night. What happened to your body then?! You can’t even conceive! You need help with conception!’
I blanked out as he went on to assure us that his fibroid surgeries were neat, neater than laser surgeries even. His medical team echoed in affirmation. He then introduced one of them to me and said, ‘This is your personal fertility consultant. Any other questions you have, he’ll attend to personally.’

Before we left he re-examined me. As I went to the bathroom to freshen up I locked the door; I finally felt something… Tears… They filled up my eyes. What was this whole story about? What were they even telling me? Dear Lord! This seemed too much for me to bear. Was I ever going to have babies?

Almost immediately I remembered something I’d heard my pastor say way back; “your first response to any negative thing you hear matters a lot.”
I wiped my eyes, rather than think or speak wrong I’d not even think at all…

We followed our personal ‘fertility consultant’ to the adjoining room. Out of curiosity I asked him what the cost implications were. He reeled out the figures; first because of how “neat and tidy” the fibroid surgery would be it was going to cost us so much. Then the IVF was going to cost so much more.
I prodded him further; ‘what are the guarantees?’
My husband tapped me gently on my knee again, my cue to calm down, but I was really curious.
‘Thing is …. it all depends on your body and your eggs…”

He kept on talking but I wasn’t really listening, all I could summarize was, there really was no guarantee. We could pay so much and still not have our babies.
It seemed hopeless…
As my husband and I walked back to the car, I heard that gentle voice I had heard a couple of times in my life, “Ulu, at what point do you want to start trusting me? Is it when some man stamps your case and calls it medically impossible that you’d trust me? Why not war with my Word now?”
I pretended I didn’t hear. I did not need this.

During the drive home my husband swung into action, like many times before he wanted to ensure the voice of the Word was what I paid attention to, not the voice of men, my feelings or any other voice.
‘Baby, you do know all they said is the fact but not the truth? You know we believe only one thing, what God’s Word says about us.’
I was silent. I knew he was right but at that time I didn’t feel like saying anything.
‘We are just going to let God give us our babies,’ he continued ‘I know all is right with your body because God’s Word says so.’

Days passed and turned to weeks as I contemplated what to do. What could my faith carry? Could I really wait it out? A few weeks later I sent a mail to a few of my trusted friends. The bible says in the multitude of counselors there is safety right? I sent them a mail telling them what was going on and asking them what they thought.
No one really knew what was going on prior to that time. They all thought we were just taking our time with having babies. And that was what I thought too till I got those negative reports!

In the mail I took out time to explain what the doctor said and asked what they thought.
Thank God for godly friends, Thank God for iron that sharpens iron. At different times and in different ways, they encouraged me. They let me know that whatever course I took, they were sure I’d emerge victorious.
A few days after I sent out the mail, my friend Uche and I messaged each other on our blackberry phones. We chatted back and forth about how this was a beautiful fight of faith, about how the best part of the fight was that like in a movie script where the end had been written the principal actor (no matter how formidable the aliens he came against) always won. We laughed and insisted I was to remember that I had already won.

‘Look’ she concluded, ‘we have so many weapons at our disposal. We will use all of them; our seed, our confessions, the communion, our praise. We’ll join all of them together and have these babies. We will sow seed, we will speak the Word consistently, and we will take communion. Every weapon God has given us; supernaturally we will form these babies.’
‘The same way people master science or business administration because they studied it, we are going to study healing and divine health. We are going to study how to get all your body parts to align with the Word of God.’

Honestly, it was so tempting to panic; usually I am a go- getter, I love getting up and getting things done, I like planning and working things out. It is usually very hard for me to sit still without working to get something, anything done. But this time all I could hear in my spirit was, ‘be still and know that I am God.’
Each time I wanted to do something I’d hear him say, ‘Be still…’

Another friend who had just finished from medical school in England asked me to send the medical reports from the hospital we’d been to so that her professor, an expert OB/GYN (obstetrician/gynecologist) could re-evaluate the reports and advise us accordingly.

As I packed the documents to the scanner to scan them to her I heard him clearly, ‘Be still…’
I instantly knew that wasn’t what He wanted. I put them away.
*Sigh* Being still was so hard….

(This was originally published on my blog in 2013 here With the benefit of hindsight, each time I read this story, I get goosebumps. Literally. It seems like a mere story now, but for me it IS a testimony that God is real, and He IS a rewarder of those who diligently seek Him QED)

There were still two… 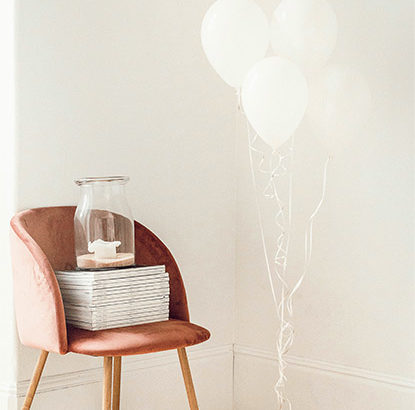